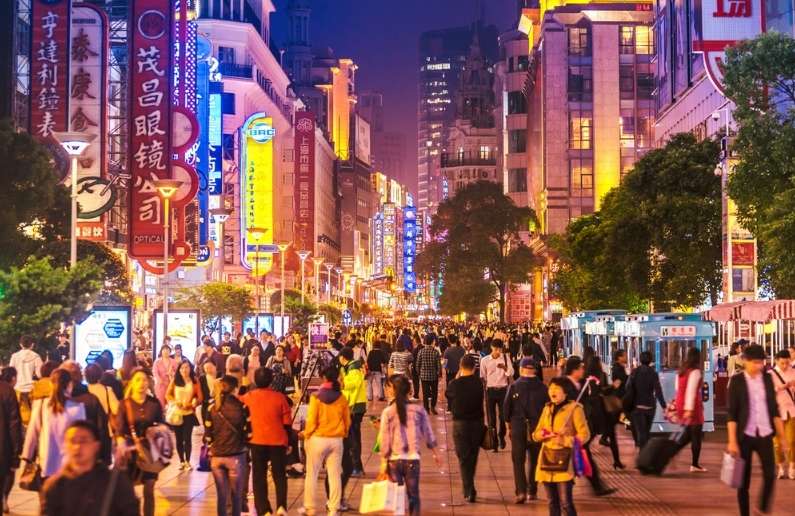 A window of opportunity to catch China’s third consumption wave

A window of opportunity to catch China’s third consumption wave

For the majority of 2021, Chinese equities have underperformed the US and Europe as economic and regulatory fears cast a shadow over companies operating in the world’s second-largest economy.

Uncertainty is never good for short-term sentiment, but for the long-term investor, it can often present buying opportunities. This is the case when it comes to Chinese equities today as the country’s spectacular longer-term trajectory of increasing domestic consumption remains unencumbered by the recent market woes.

If one looks back to the early 1990s, China was a poor nation. Upon joining the World Trade Organisation in 2001, around 80% of all households were living below the poverty line.

By the end of the decade, that number had fallen to around 30%. This is a result of what can be viewed as China’s first consumption wave, which was led by emerging households.

Over the past decade, China’s ballooning middle class heralded the second wave of consumption. This underpinned a rapid economic transformation and increased discretionary spending.

Now, the coming decade will see a third wave, with the Chinese premium consumer (those earning over US$82,000 per annum) estimated to rise from around 6% of the population today, to 20% by 2030. This third wave is perhaps the most significant consumption shift to unfold in China since the country embarked on major economic reforms almost 40 years ago.

To understand the significance of this third consumption wave it must be considered in a global context.

Based on conservative modelling the GDP share of the premium consumer in China will balloon to US$8 trillion – this is the size of the United Kingdom and Germany combined in just one income cohort.

These premium consumers, along with the continued rise of the emerging and middle classes will see the Chinese economy increasingly pivot from one reliant on manufacturing and exports, to being driven by consumption and services.

Importantly, these aren’t just merely assumptions. Along with the fact China’s consumption trajectory is closely tracking those of other Asian economic success stories, such as South Korea, we’ve seen continuing evidence over the past few years of structural tailwinds supporting the third consumption wave.

China is using technology and innovation to modernise its domestic economy while lifting living standards.

Robust exposure for the decade ahead

Gaining exposure to Chinese consumption is not a new phenomenon for global equity investors, however, the dynamics have shifted.

Investors in the past sought western multinationals such as Nike and Starbucks. Now there’s a breed of home-grown companies best placed to capture the compounding effects of further increases in wages and discretionary spending in the decade ahead.

Premium goods, e-commerce, financial services and travel are some of the areas we think robust exposure can be found.

When it comes to the Chinese economy, credit growth has slowed, and economic activity is slowing at a faster pace than in the US and Europe.

Indeed, Chinese policymakers are tightening and although this goes against the grain of other major economies, it is a logical thing to do in an economy that has emerged from the COVID-19 crisis stronger than most.

Investors shouldn’t overlook the fact that these measures leave policymakers with the firepower to loosen at their will in the future.

When it comes to Chinese regulatory risk, particularly in the tech sector, we think the intense investor focus will pass in time.

There is no question Chinese regulators have acted in a blunt fashion recently, and there have been implications for over-reaching Chinese entrepreneurs. But investors must ask themselves, are these policies unreasonable? Is it unusual for regulators globally to regulate lenders, protect consumers from anti-monopolistic behaviour or have concerns around data security?

Despite how it might be perceived by western investors, I feel strongly that Beijing is not anti-private enterprise and leaders understand the nation’s economic growth is dependent on a vibrant private sector. High-profile internet businesses, such as those that have been materially de-rated recently, are an essential part of this, providing solutions to the everyday lives of consumers.

While it’s clear China ultimately wants its leading companies to be accessible to Chinese domestic investors via listings in Hong Kong or the mainland, this doesn’t impact fundamentals or prevent investment from abroad.

Valuations of Chinese tech, compared to similar businesses in the US over a long period of time would imply any additional regulatory risk in China is well priced in.

The window of opportunity

We’ve used the recent sell-down to increase exposure to Chinese domestic businesses which pass our extensive regulatory stress testing, including large-cap tech names such as Tencent, Meituan (HKG: 3690) and JD.com (HKG: 9618).The waves of prosperity that have transformed China’s domestic consumption over the past three decades and delivered long-term investors exceptional returns have not been without shorter-term volatility. The coming decade will be no different.

While the emergence of risk factors should never be overlooked, they shouldn’t cause long-term investors to lose sight of the bigger picture. In the case of China, it’s a third consumption wave that can’t be ignored.

This communication was prepared by Antipodes Partners Limited (ABN 29 602 042 035, AFSL 481 580) (Antipodes). Antipodes believes the information contained in this communication is based on reliable information, no warranty is given as to its accuracy and persons relying on this information do so at their own risk. This communication is for general information only and was prepared for multiple distribution and does not take account of the specific investment objectives of individual recipients and it may not be appropriate in all circumstances. Persons relying on this information should do so in light of their specific investment objectives and financial situations. Any person considering action on the basis of this communication must seek individual advice relevant to their particular circumstances and investment objectives. Subject to any liability which cannot be excluded under the relevant laws, Antipodes disclaim all liability to any person relying on the information contained on this website in respect of any loss or damage (including consequential loss or damage), however caused, which may be suffered or arise directly or indirectly in respect of such information.

Any opinions or forecasts reflect the judgment and assumptions of Antipodes on the basis of information at the date of publication and may later change without notice. Any projections are estimates only and may not be realised in the future. Information on this website is not intended as a securities recommendation or statement of opinion intended to influence a person or persons in making a decision in relation to investment. Unauthorised use, copying, distribution, replication, posting, transmitting, publication, display, or reproduction in whole or in part of the information contained on the website is prohibited without obtaining prior written permission from Antipodes.

Pinnacle Fund Services Limited ABN 29 082 494 362 AFSL 238371 is the product issuer of funds managed by Antipodes.  Any potential investor should consider the relevant Product Disclosure Statement available at www.antipodesonespartners.com when deciding whether to acquire, or continue to hold units in a fund. The issuer is not licensed to provide financial product advice.  Please consult your financial adviser before making a decision. Past performance is not a reliable indicator of future performance.